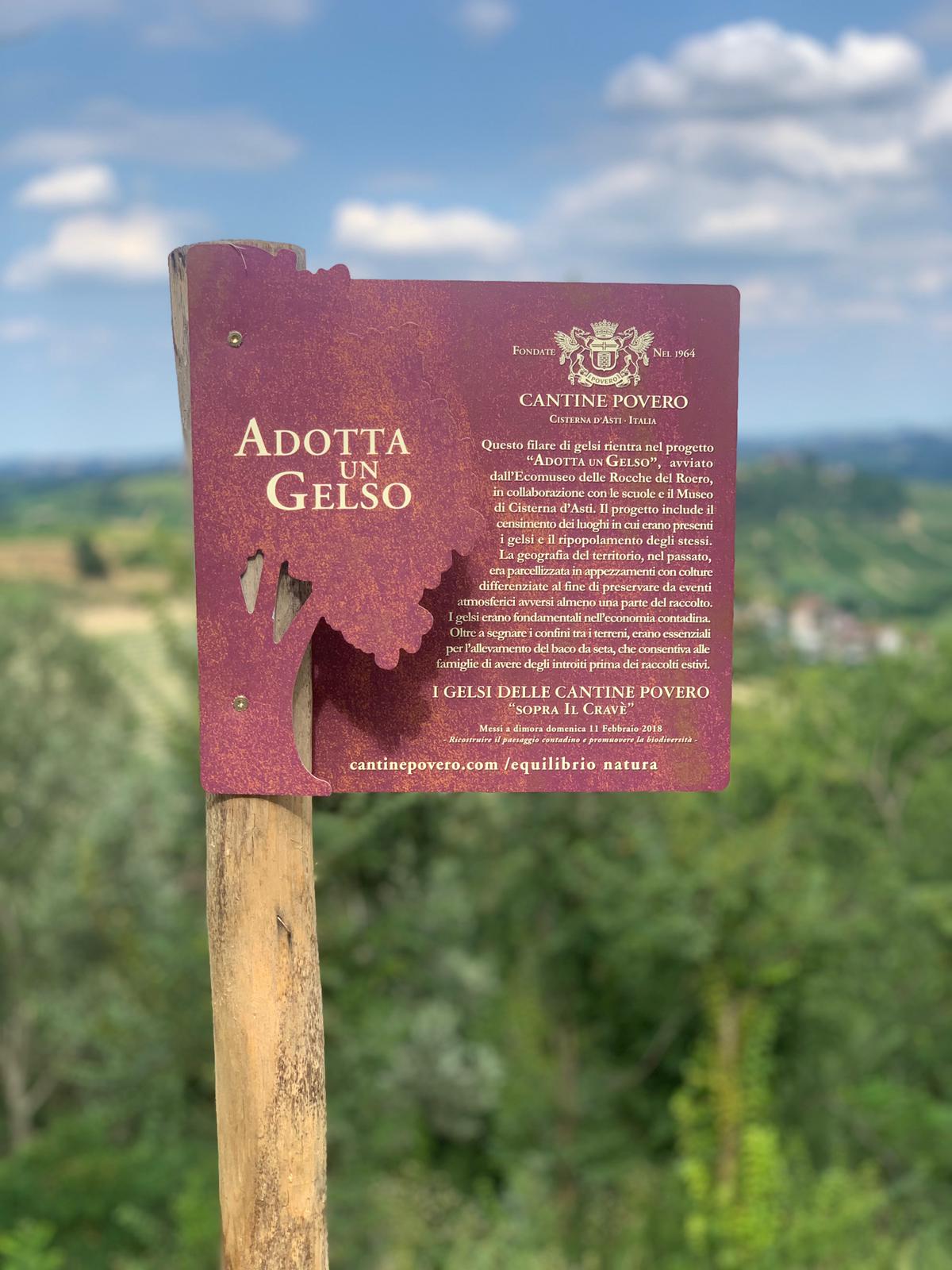 The project “Adotta un Gelso” (“adopt a mulberry”) was launched in collaboration with the schools of Cisterna d’Asti and several cultural associations. The plants were born from the seeds harvested and sprouted by the children of the kindergarten. The project includes the census of the places where mulberries were present and their repopulation, to recreate at least part of the ancient agricultural landscape.
The geography of the territory, in the past, was fragmented into plots with differentiated crops. The choice by the farmers (known in Piedmontese as “particular”) to diversify agricultural production was dictated by the need to preserve from adverse weather events at least part of the harvest. That’s why peasant families owned plots distributed throughout the municipal territory, even in areas far from the dwelling.
The combination of different crops meant that farmers were the guardians of ancient ecological knowledge, although they were unaware of it. Ecotones are indeed transitional zones between two or more different crops, and guarantee a greater variety of living organisms than monocultural areas.
This agricultural landscape was characterized by the widespread presence of mulberry, a fundamental plant in the peasant economy. In addition to marking the boundaries between the land, mulberries were essential for the breeding of the silkworm, which allowed families to have income before the summer harvests.
Cantine Povero decided to join this project to recover the memory of typical local places and create a more “child-friendly” landscape, which is more sustainable also for adults.

THE GENUINE STORY OF A FAMILY, THE PASSION OF 200 YEARS OF WINEMAKING
AND THE COMMITMENT TOWARDS THE ENVIRONMENT. NOT JUST A BOTTLE OF WINE